There have been motions winding their way through Kingston City Council for 7+ years now, and it's great to finally see them certify.

They are at the supporter level, which recognizes that they pay all full-time staff at least the local living wage, calculated last November at $17.57/hr. They pledge to update their pay scales if needed, to track increases to the calculation every year.

Onboarding large public sector employers like The City of Kingston is a powerful way to set them on the path to pay all part-time and contracted staff a living wage. The living wage movement is no longer looking in from the outside; the city is now part of that movement to end working poverty...

They will be looking at adding living wage provisions to their procurement policies this year, making this an impactful announcement for all certified living wage employers that might be in a position to bid on contracts with the city.

Great cities of the 21st century will themselves be good and fair employers…living wage employers. They will lead by example in the fight against working poverty. We look forward to seeing The City of Kingston rise through to the highest levels of our certification levels in the future.

Many thanks to Tara Kainer, and the Sisters of Providence of St. Vincent de Paul for all your hard work and advocacy over the years. 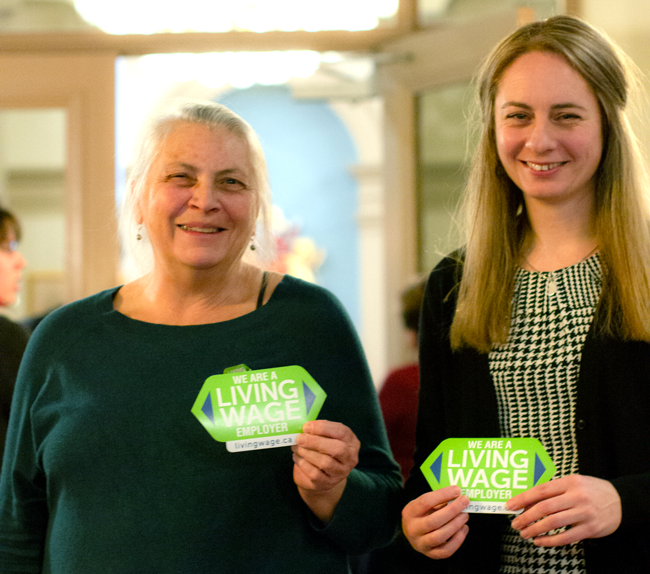